Contemporary neighboring is changing: it is becoming more isolated and personalized; the practices of mutual assistance are decreasing in number while the relations among neighbors become emotionally uninvolved. The focus of this essay is on neighbors’ everyday routine interactions, as a result of which people who live in close proximity to each other can initiate and maintain social connections and networks.
Personal interactions play a crucial role in neighboring as people regularly see each other face-to-face in shared spaces and engage in different forms of interactions. The majority of such interactions are accidental meetings or “passive contacts.” Mutual help and assistance, practiced among neighbors, necessitate making an effort, and this is a small contribution to maintaining stable neighborly relationships.
At the foundation of neighbors’ relations lies constant work with boundaries, which enables to maintain the balance between, on the one hand, closeness and involvement and, on the other hand, distance. The cases of involved relations can be interpreted as something that is about to become a thing of the past, as such relations are mostly practiced by people who have been living close to each other for a long time.
This study demonstrates the existence of normative models of neighboring, which include rules, conventions, interaction formats, and so on that regulate the relationships among neighbors. At the same time, such normative models have a localized nature and can vary in different neighboring contexts. Such models are flexible; their stability can be challenged by the activity of new neighbors or those who, for one reason or another, stop being content with the old model.
The research is based on interviews with residents of Saint Petersburg, diaries of neighbor interactions, and autoethnography. 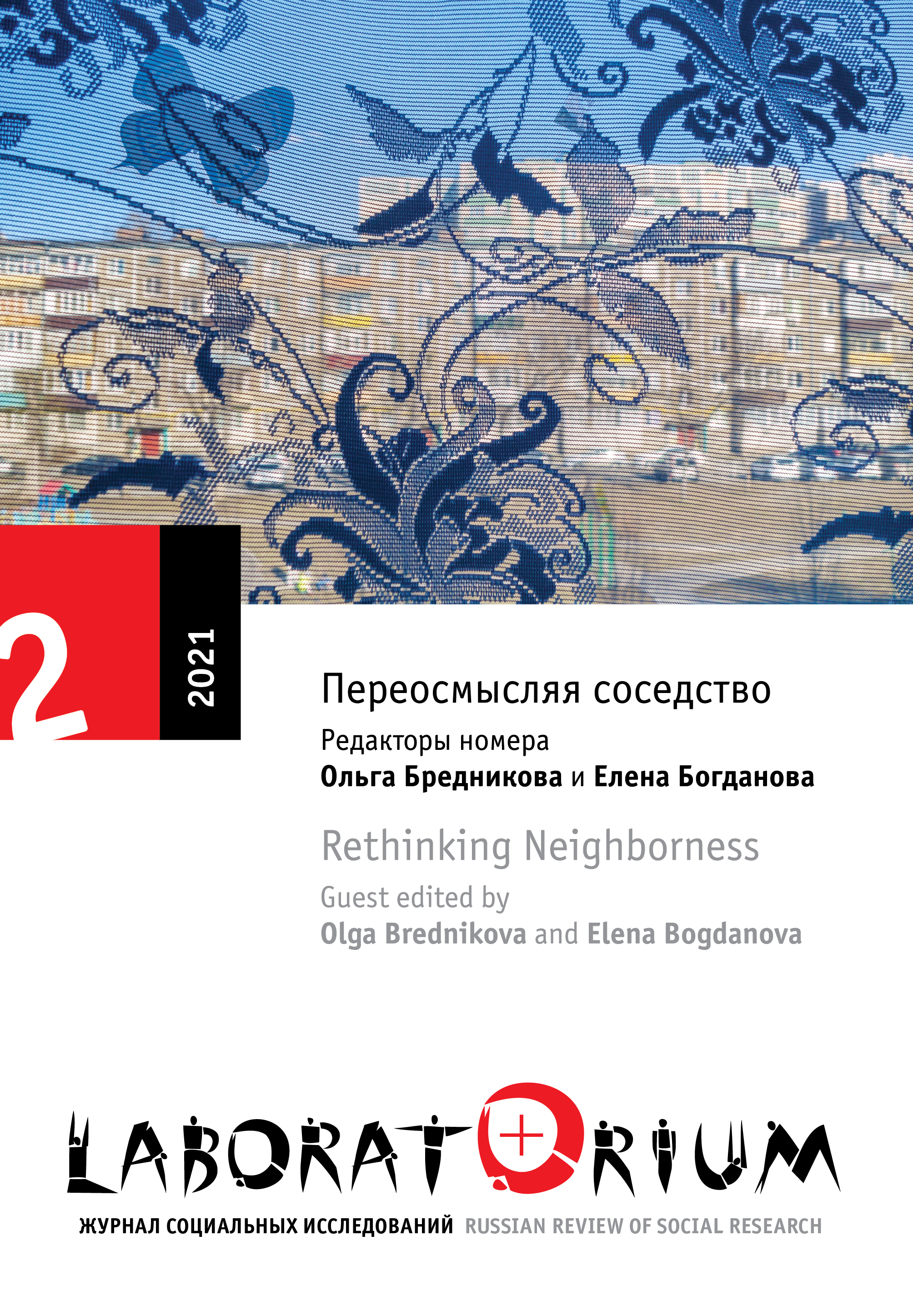