The article discusses the constitution of a new therapeutic emotional cultural style in post-Soviet Russia. Its manifestations are particularly evident in the media, where off-the-shelf forms of Western late capitalist popular culture are imitated, seemingly in a one-to-one fashion. Engaging with the literature on emotional capitalism, the author points to the particular conditions in which therapeutic culture is being adapted in Russia. The alternative tradition of subjectivity in the Russian/Soviet cultural universe lacks a therapeutic Self, and the post-Soviet discursive condition is characterized by a gap in authoritative discourses of articulation of individual and private life. It is argued that as a result of these conditions the therapeutic culture is developing in post-Soviet Russia prior to or without psychology, and above all, it is not a product or function of psychological knowledge. The article’s empirical focus is on examples of translation of therapeutic forms in the field of TV media. 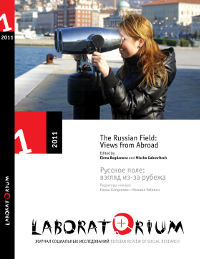