Although the eighteenth century is considered to have been a radical period of modernization, in Russia reforms of the era triggered numerous debates about the need for a specifically Russian modern identity. Not only did Russian writers, civil servants, and thinkers engage with the most important works produced by European philosophers and writers in an idiosyncratic manner, they also sought to forge their distinct identities with the help of travelogues, diaries, and personal correspondence.
Abstract 264 | PDF Downloads 85 HTML Downloads 54 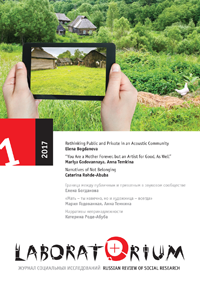