The dominant discourse in contemporary Russian society judges aging as a person’s defeat and defines success as the ability to hide the physical and bodily signs of one’s age. Old age is often constituted in public consciousness as the age of decline—decline in learning abilities, physical attractiveness, desires, activity, and so on. Social norms that restrict the behavior of older people should be defined as ageism. Resistance to ageism, in other words resistance to restrictive social constructs, is essential for subjective well-being of older people.
The purpose of this article is to consider aging in contemporary Russia as a complex phenomenon that consists of certain rules and practices. Is it possible to resist the negative discourse of aging associated with decline? What would aging look like if it was possible to at least partially free ourselves from negative social beliefs about age?
This research was carried out within a qualitative paradigm. The empirical material is based on 18 in-depth narrative interviews with 10 women and 8 men aged between 60 and 86. The results of the study reveal that existing norms and rules of aging in Russian society are related to the exclusion of older people from the public sphere and discrimination in the private sphere: they restrict the capacities of older people, deny their agency in determining their own goals and abilities to act in their own interest. Older people interiorize these norms and rules, and this leads to self-discrimination and perpetuation of ageism. 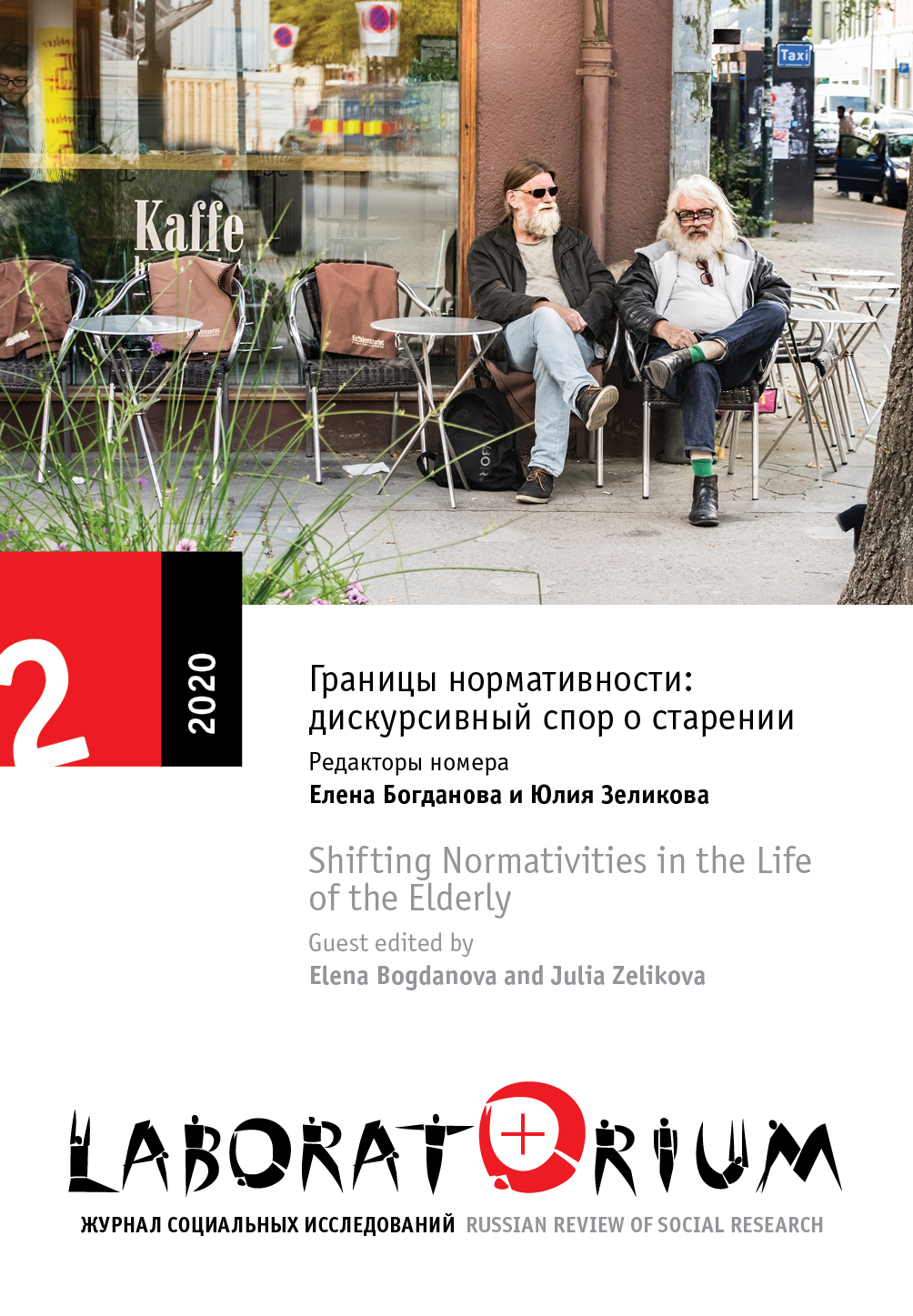