The concept of new poverty focuses on the emergence of groups characterized by strong downward mobility, as well as previously unknown types of poverty. Its specific definition, therefore, varies among countries. Poverty in post-Soviet Russia is extremely widespread, difficult to escape, and affects previously secure social strata, especially families with children, the unemployed, and low-earning employed adults. In Argentina, the “historical” poor lack education, live in slums, are unstably employed, and have large families. The new poor are former members of the middle class: they are more educated than the structural poor, they don’t live in slums, and their families are smaller. Unlike in Russia, new poverty in Argentina has no clear gender or age dimension. The Russian case illustrates long-term poverty formation due to the downward mobility of those least competitive in the post-socialist market society. The Argentine case highlights the impoverishment of the middle classes in post-industrial societies after social cutbacks due to increased labor market flexibility. In English, extensive summary in Russian. 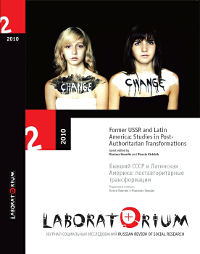