Part of a series of essays by Russian sociologists who took part in a two-week “fieldwork school” on both sides of the Russian-Abkhazian border in 2005, this paper attempts to reconstruct the annual cycle of transborder activity, focusing on three seasons of increased contacts. The first wave coincides with the summer tourist season, when both visitors and locals use cross-border contacts to find or sell services such as accommodation. The second wave begins in the late fall, when the usually haphazard transborder trade intensifies and reaches industrial levels due to the export of Abkhazian citrus fruits to Russia. Finally, a third wave begins in early spring, when Abkhazian mimosas are sold to Russia, with local producers often taking shipments to distant Russian cities in person. The seasonal nature of transborder activity structures the lives of residents both sides of the border, demonstrating that it is more real than sometimes assumed. In Russian, summary in English. 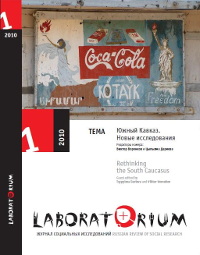